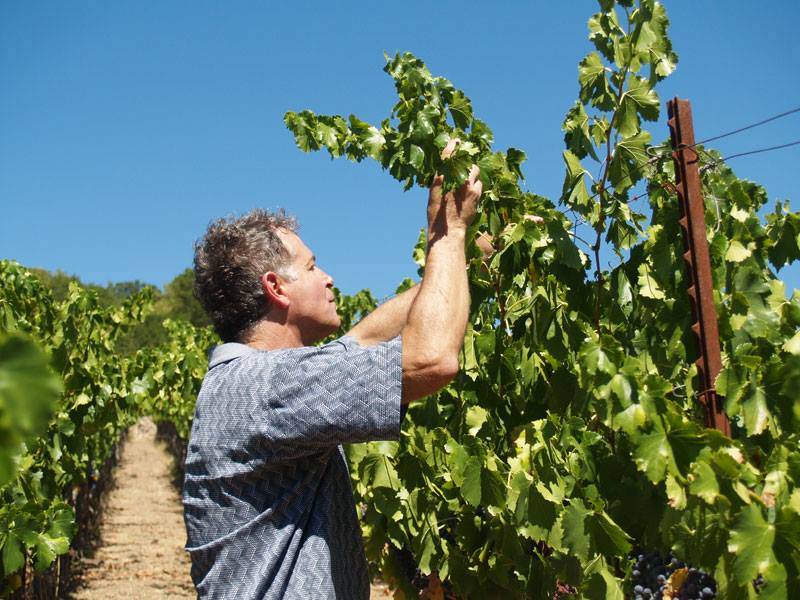 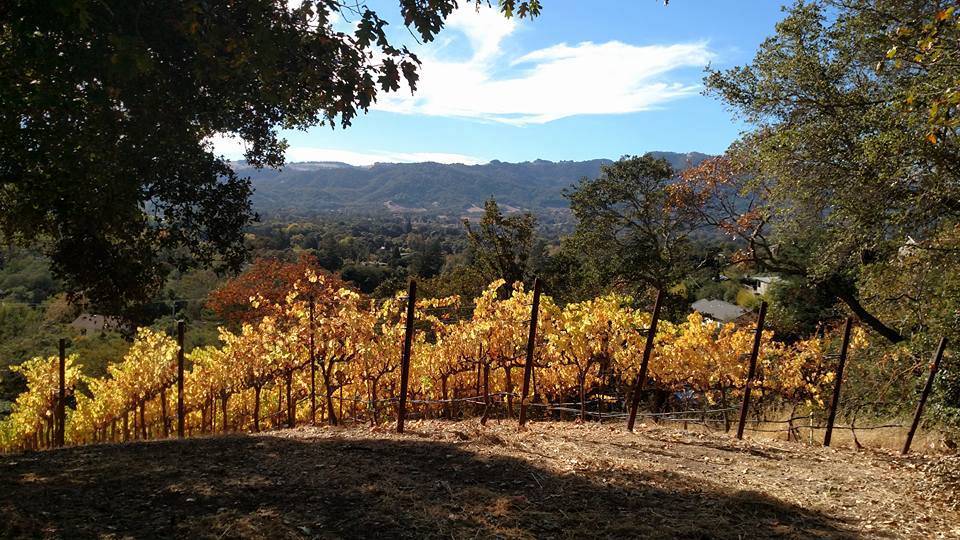 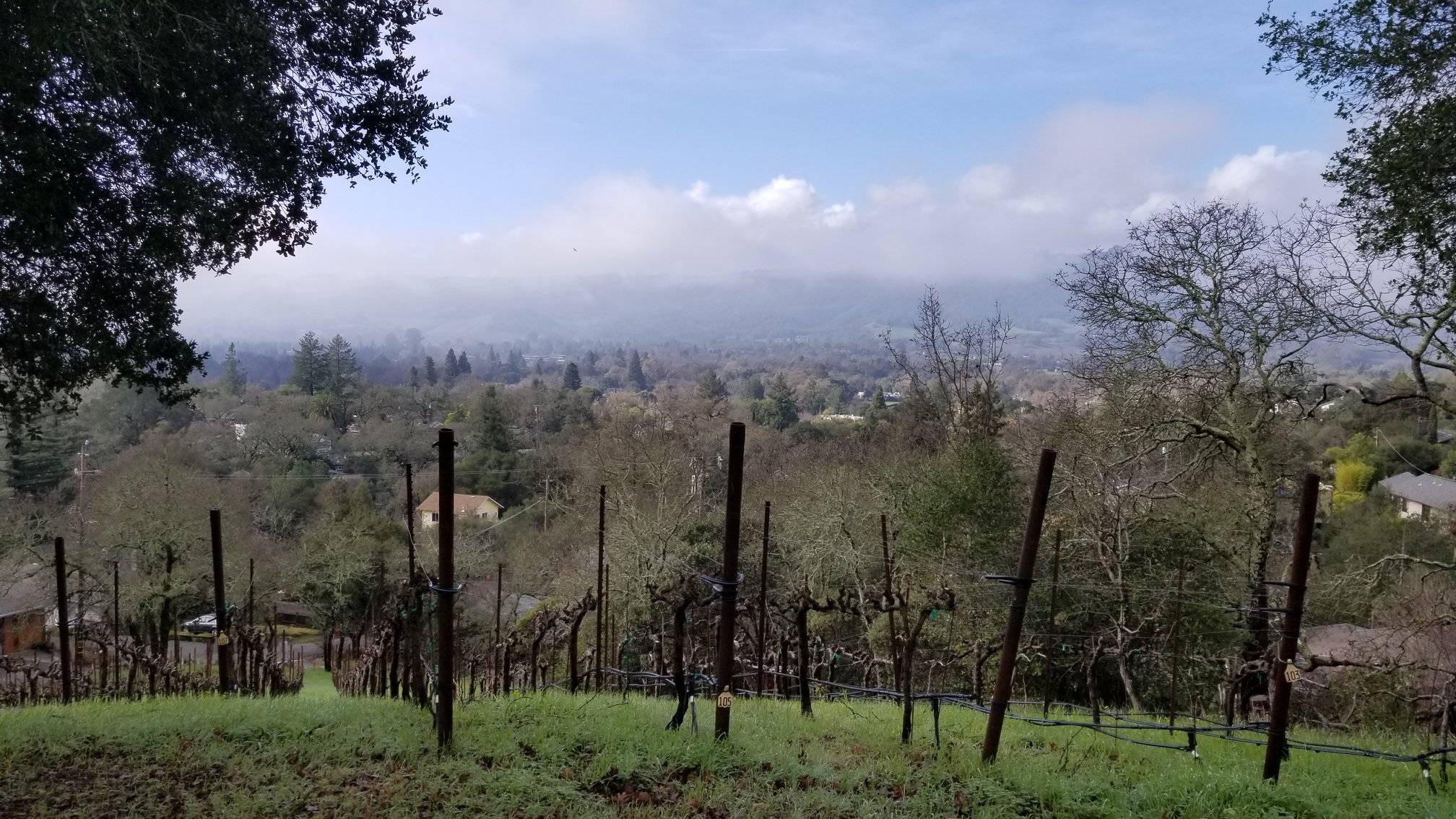 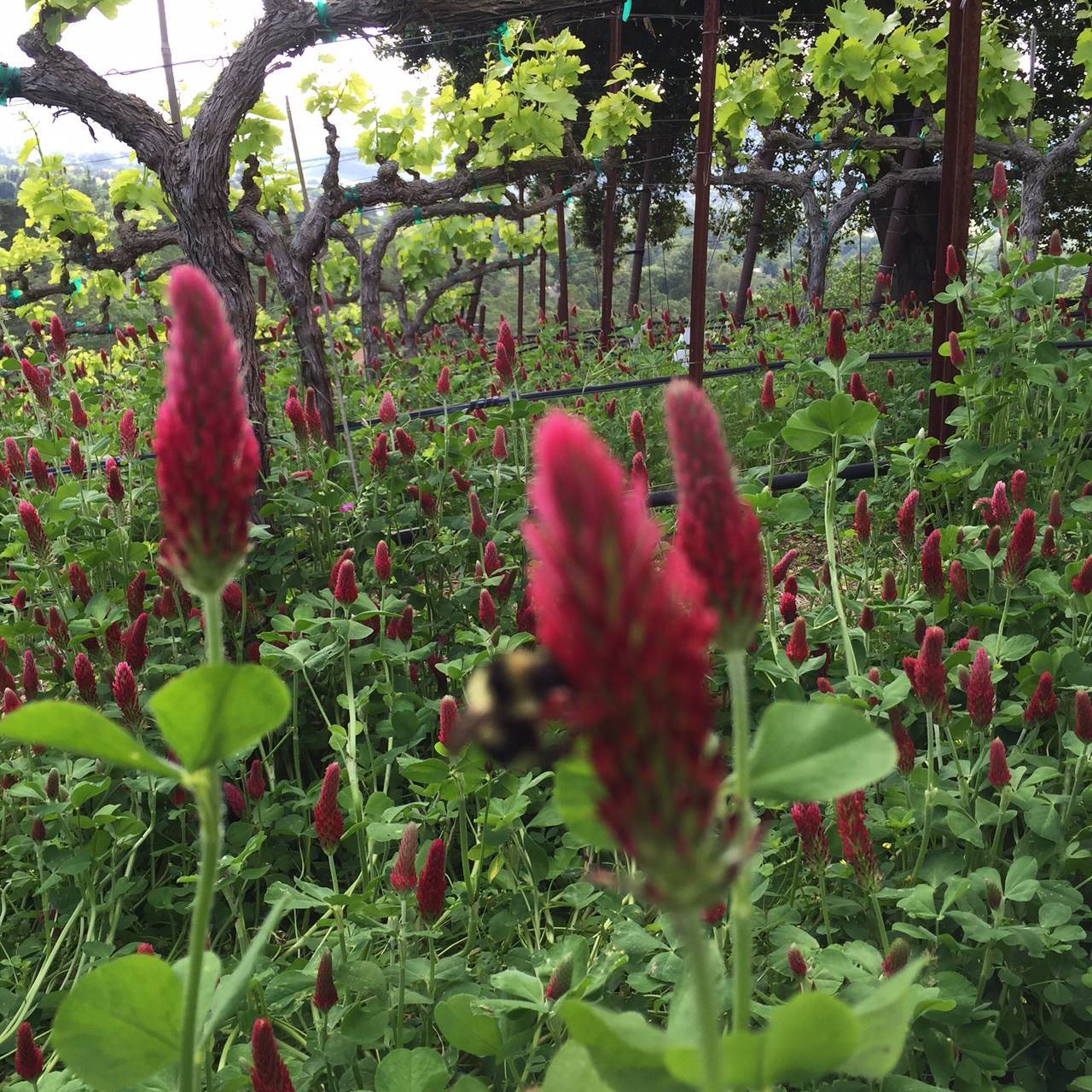 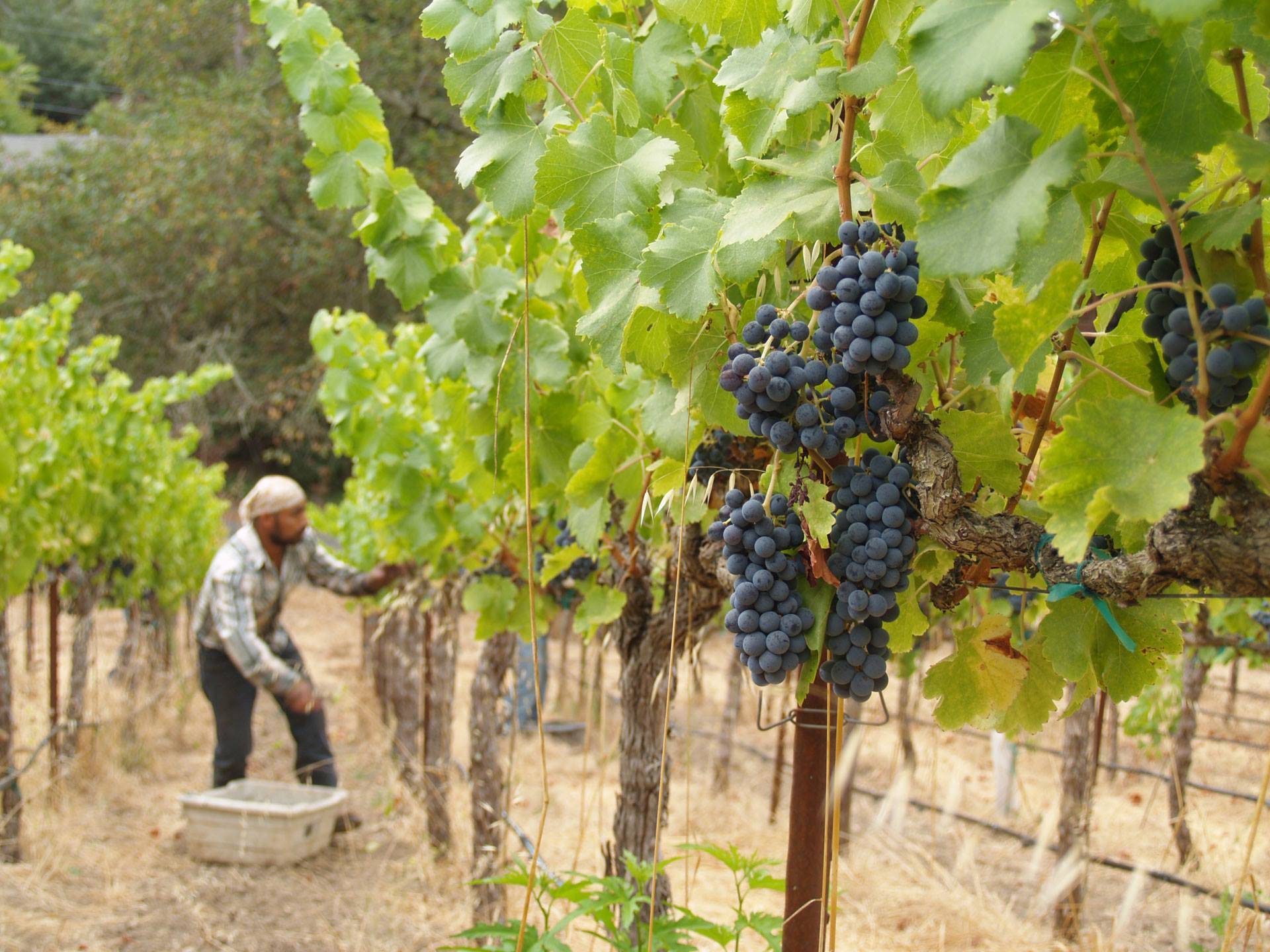 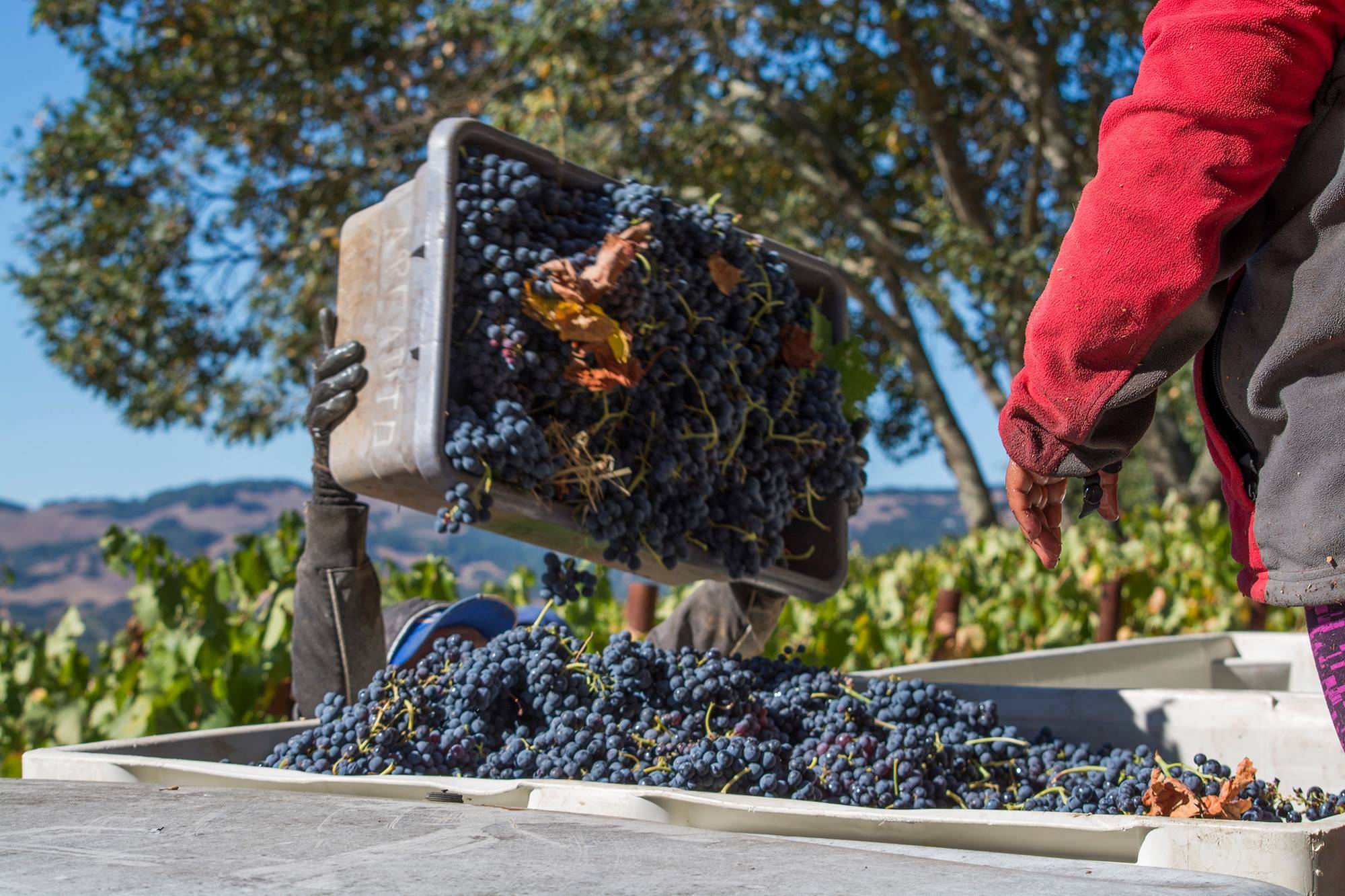 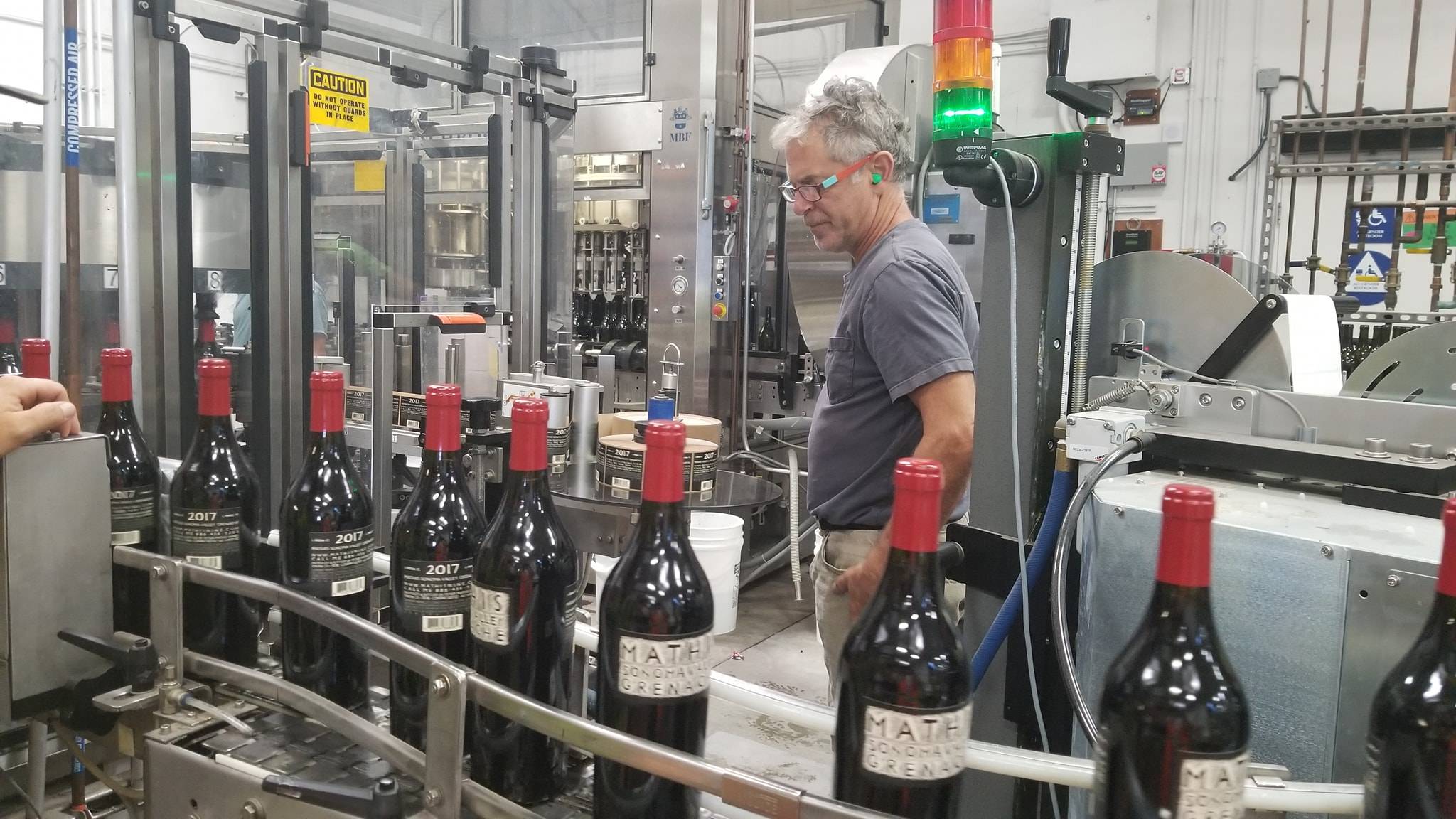 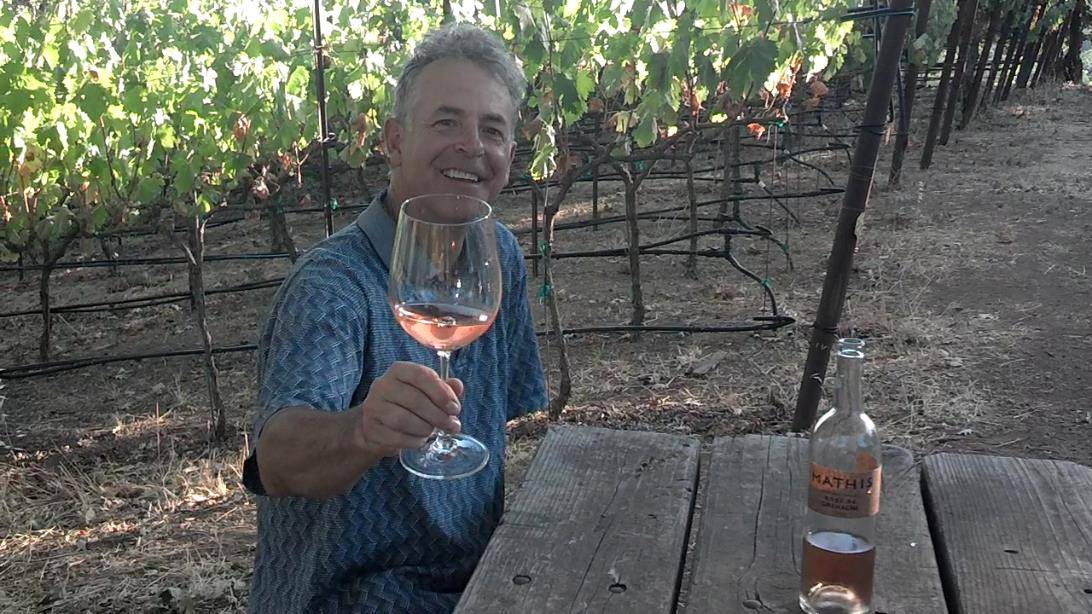 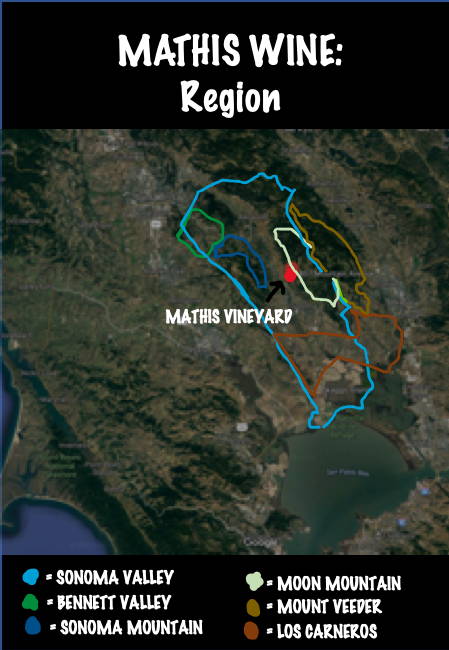 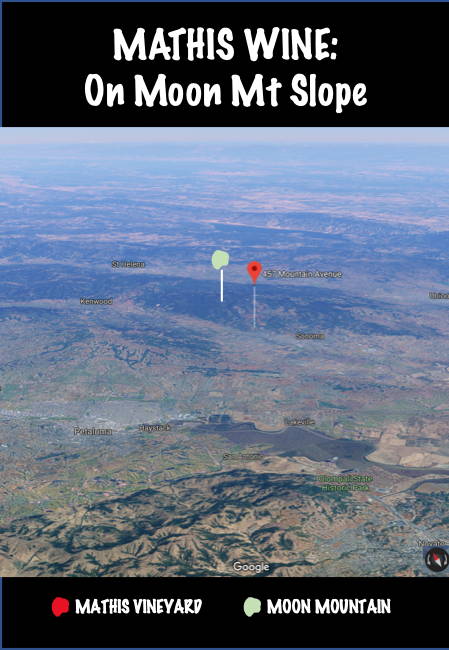 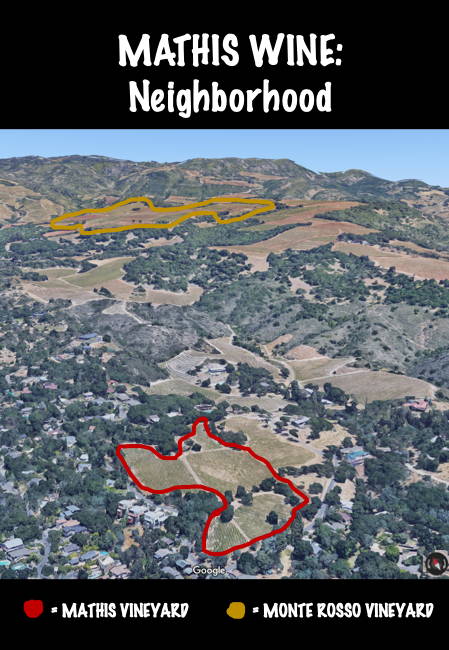 If Proust had written about a winemaker, it could certainly have been Peter Mathis. Within a few short years, Peter went from wine novice to head winemaker at Ravenswood primarily due to his keen ability of taste. In his Mathis Wines estate project, he brings his sensorial winemaking approach to Grenache—his favorite varietal— and seeks the most mouthwatering and memorable expression by managing every detail, vineyard to bottle.

Peter was a furniture craftsman when he discovered his passion for wine. He was drawn by wine’s complexity and endless variation. As any great craftsman follows the rule of “measure twice, cut once”, Peter methodically studied varietals through detailed tastings. He would buy wine a case at a time and drink it bottle by bottle until he could envision the wine prior to pulling the cork. He developed a passion for Grenache and became well-versed in nuances of the varietal from all the best regions.
By 1990, Peter knew that he had to pursue wine as a career and he moved to California to follow his dream. His favorite varietal, Grenache, was not widely cultivated in the U.S. at the time so he gravitated to another spicy bold red grape, Zinfandel, and went to work at the iconic Zin producer, Ravenswood with founder Joel Peterson. Once at Ravenswood, he quickly discovered the knowledge he had from reading course texts from Davis didn’t go deep enough to understand the true nuances of winemaking, so he drew upon his self-taught tasting methods to develop his own approach, making wine more like a chef than scientist would.
As Ravenswood’s popularity soared, Peter expanded production from 30,000 to more than 2 million cases. This took him to explore vineyard sites across California, helping identify the best sites for warm weather varietals. By 2006, Ravenswood had grown too large to maintain his craftsman-like methods, so Peter stepped aside from day to day winemaking to take on the GM role.
When he was ready to start his Grenache estate project, he knew exactly where to look: Sonoma valley in the Moon Mountain area. He found a spot perched above the fog line with ideal southern exposure on complex volcanic soils, and in 1999 cleared and planted his vineyard. The rows oriented so the grapes are shaded from the intense afternoon sun.
For his Grenache vines, Peter selected the ultra---premium French clones 513 and 515, which produce smaller, more concentrated berries than the dominant Grenache clones grown in California. Instead of modeling the blend after a Rhone GSM, he found the locality of Sonoma favored Petite Sirah, Carignane and Alicante Bouchet, and uses small amount to augment his wine.
In addition to his flagship Grenache, Peter’s estate wines include a dedicated (direct press) Grenache Rose as well as a premium red blend led by Petite Sirah, called Uber Blend.