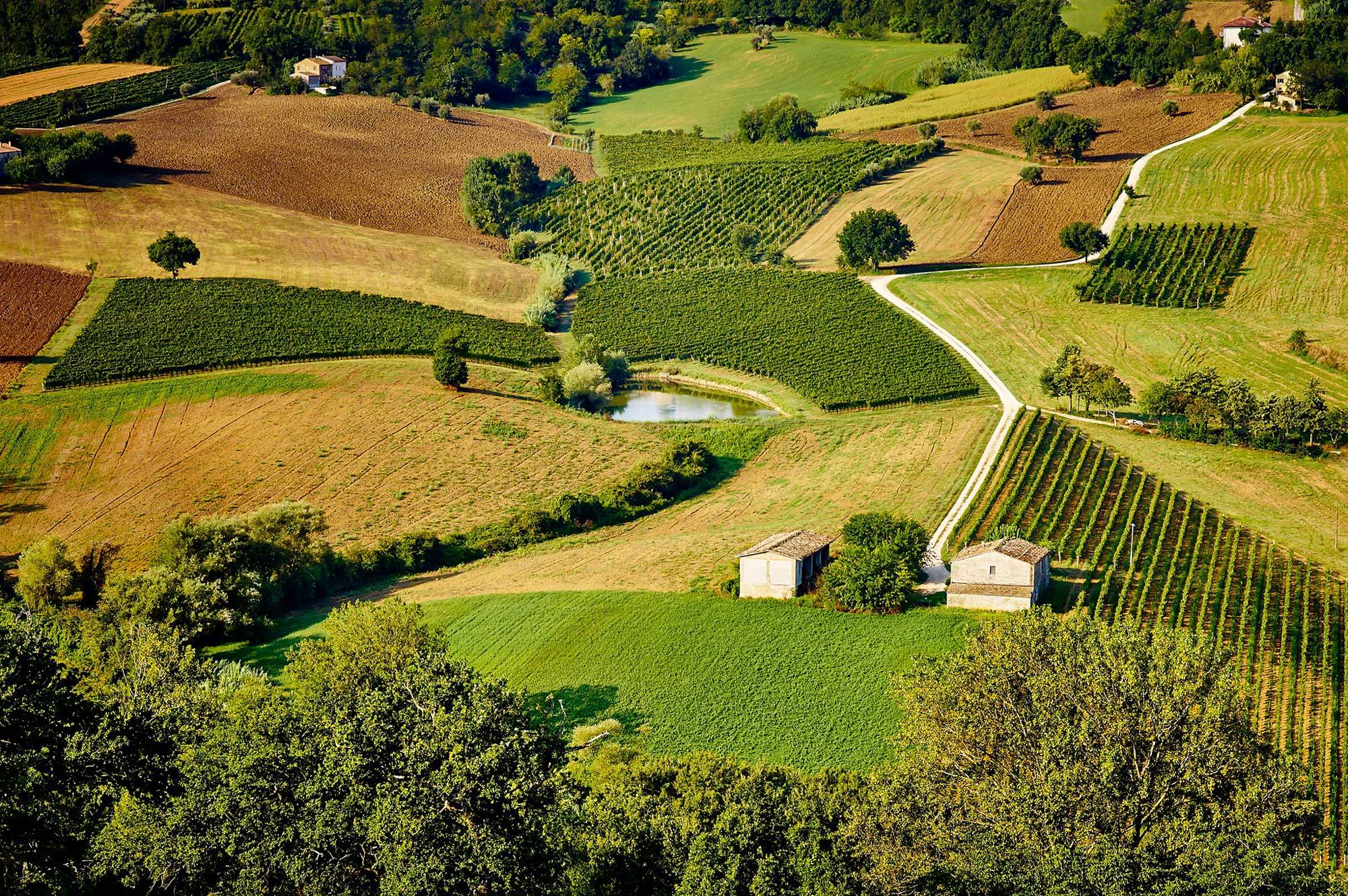 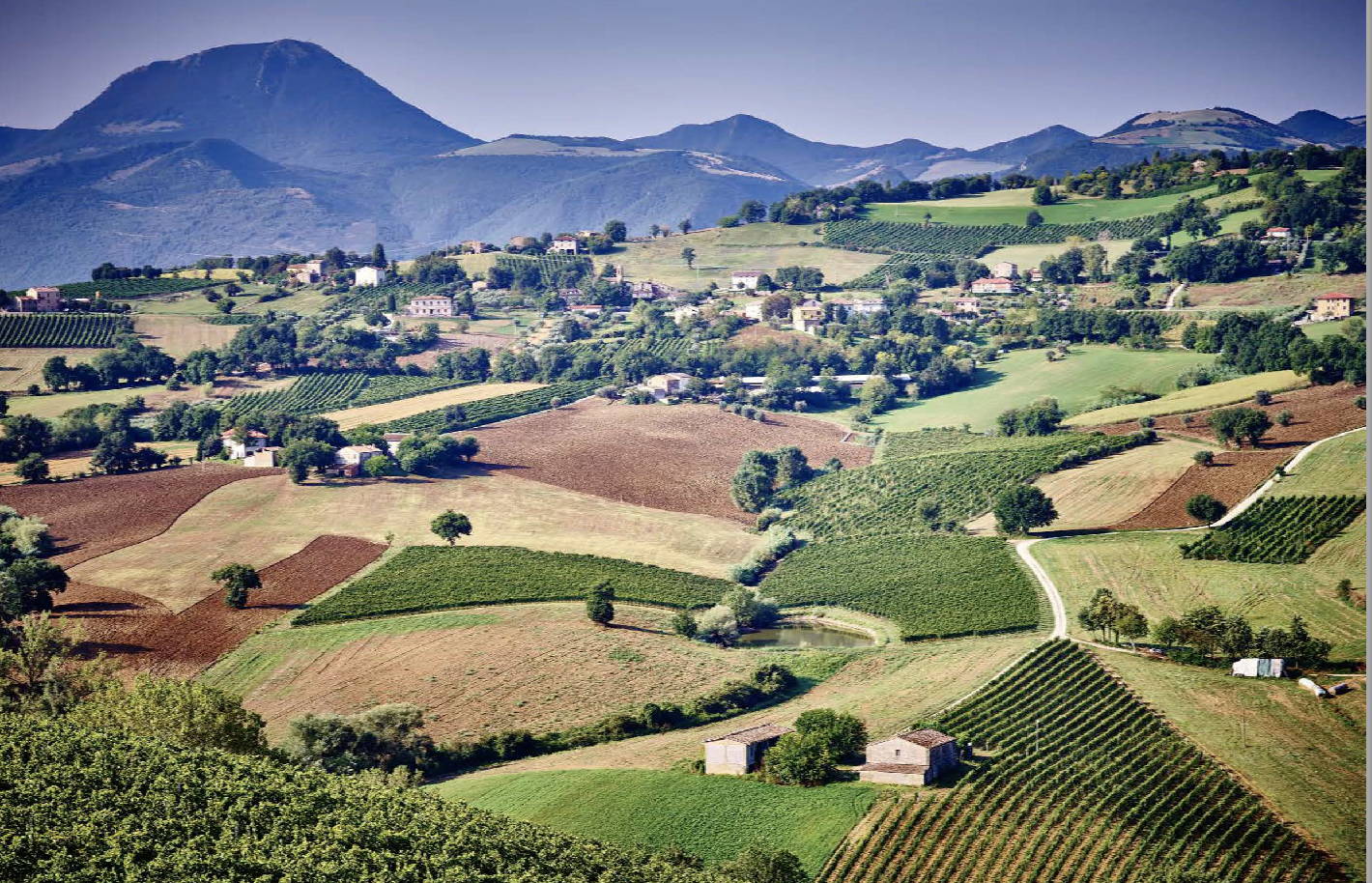 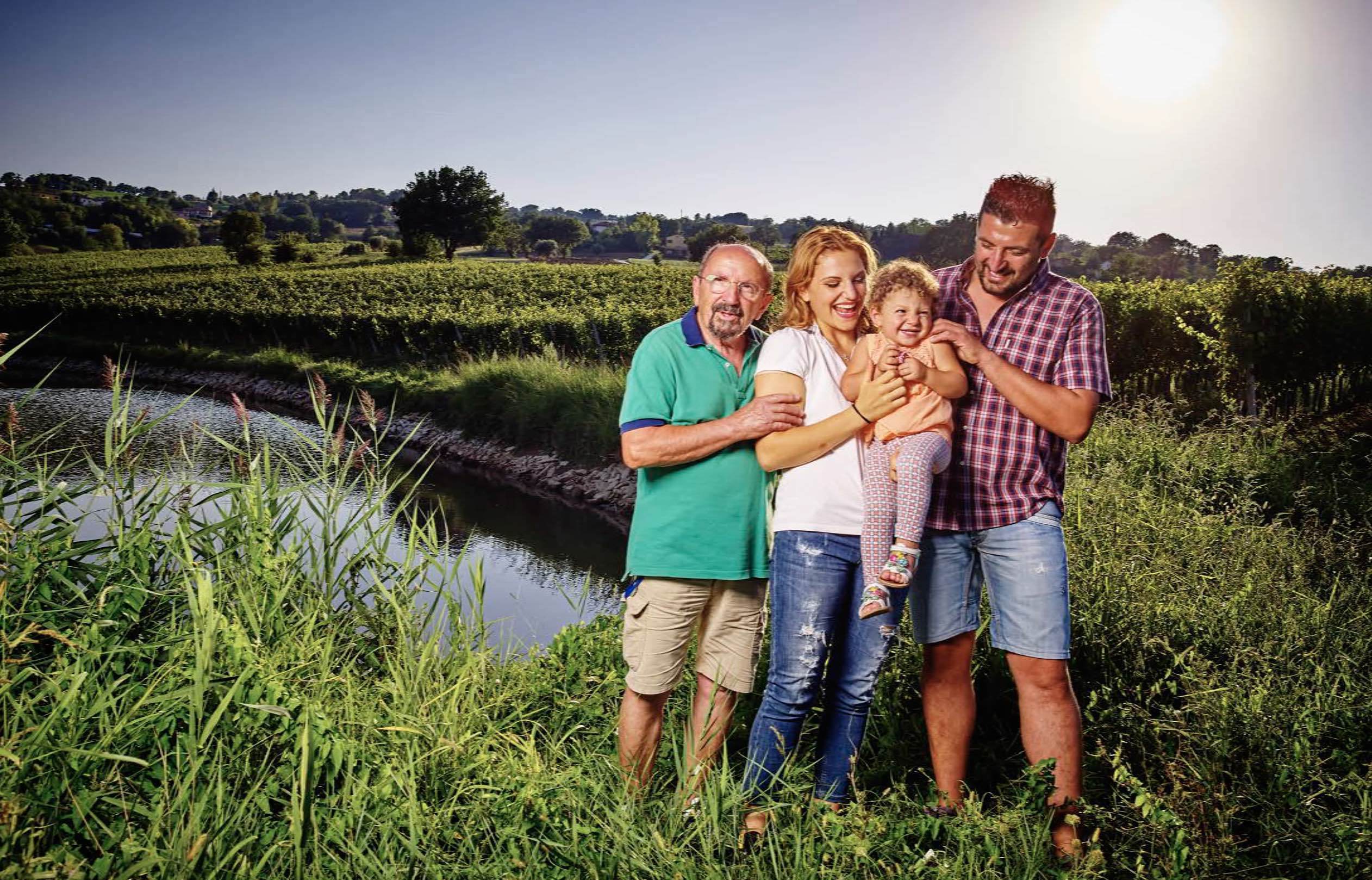 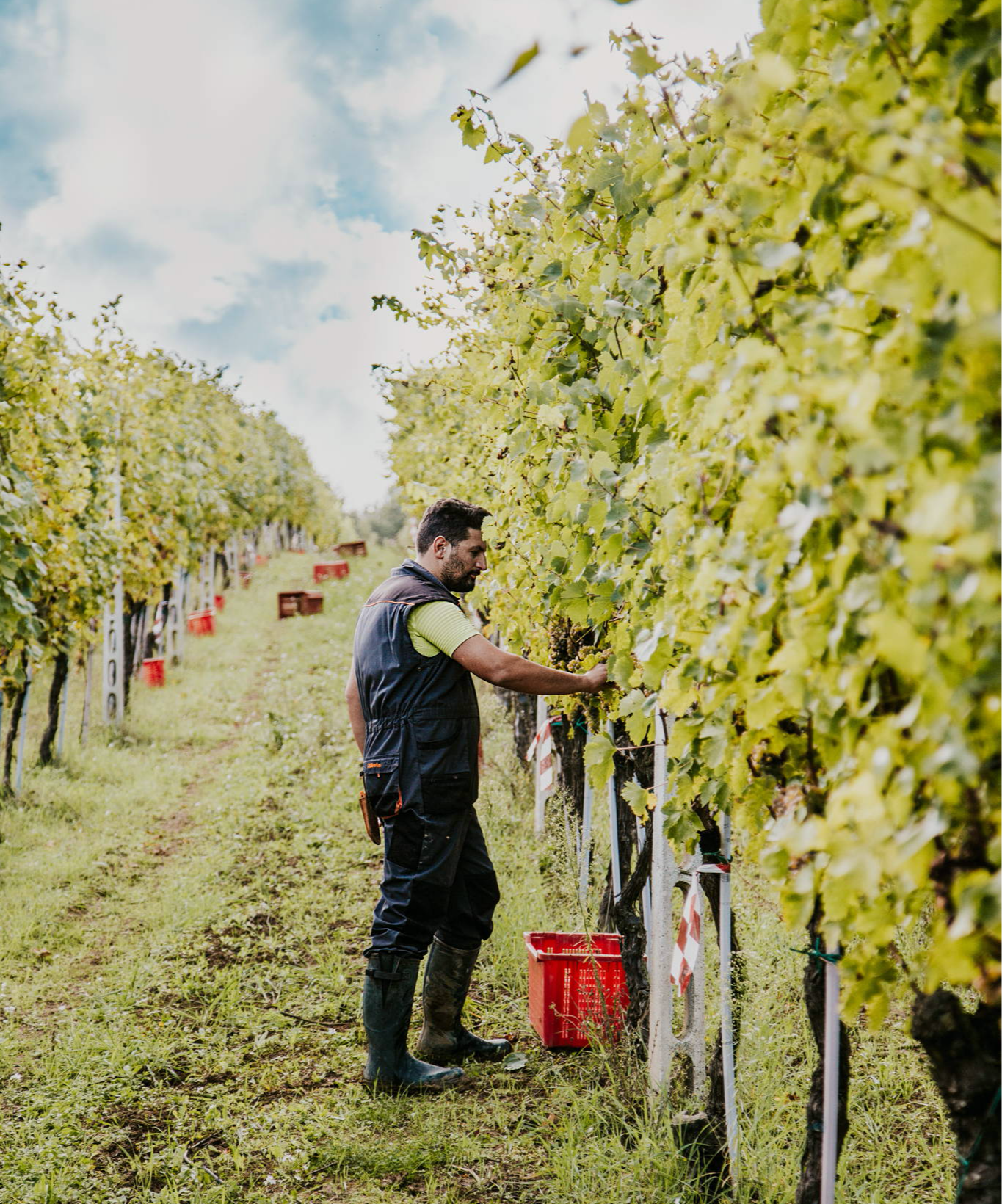 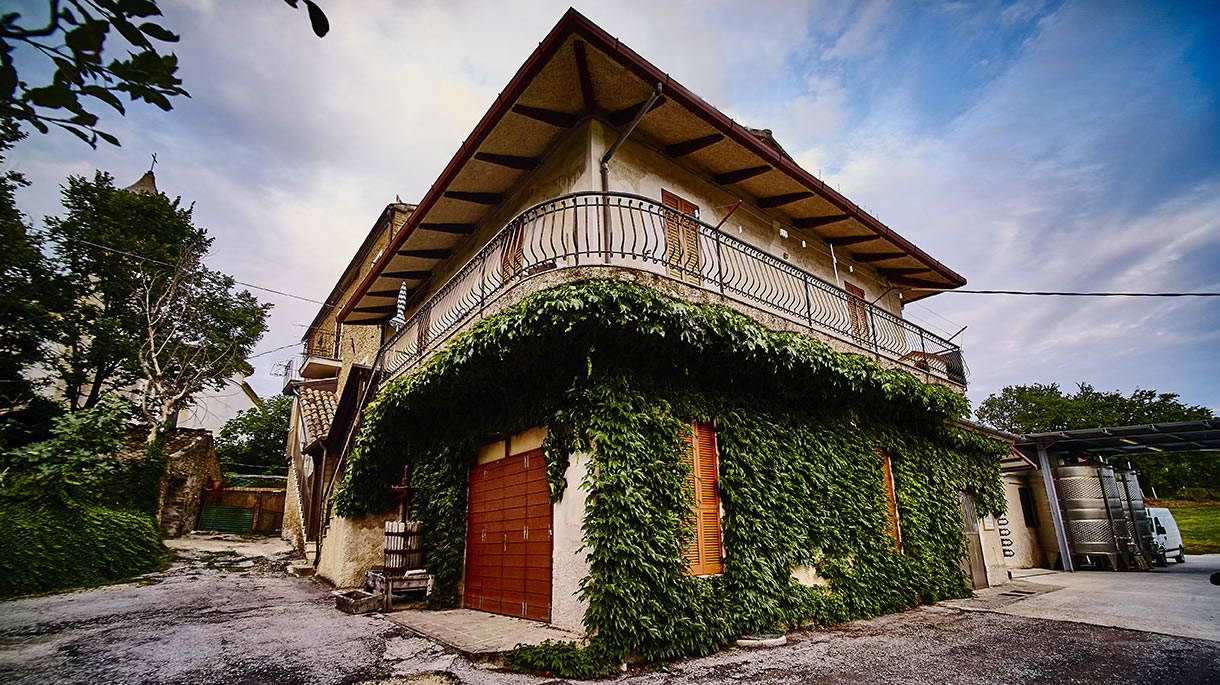 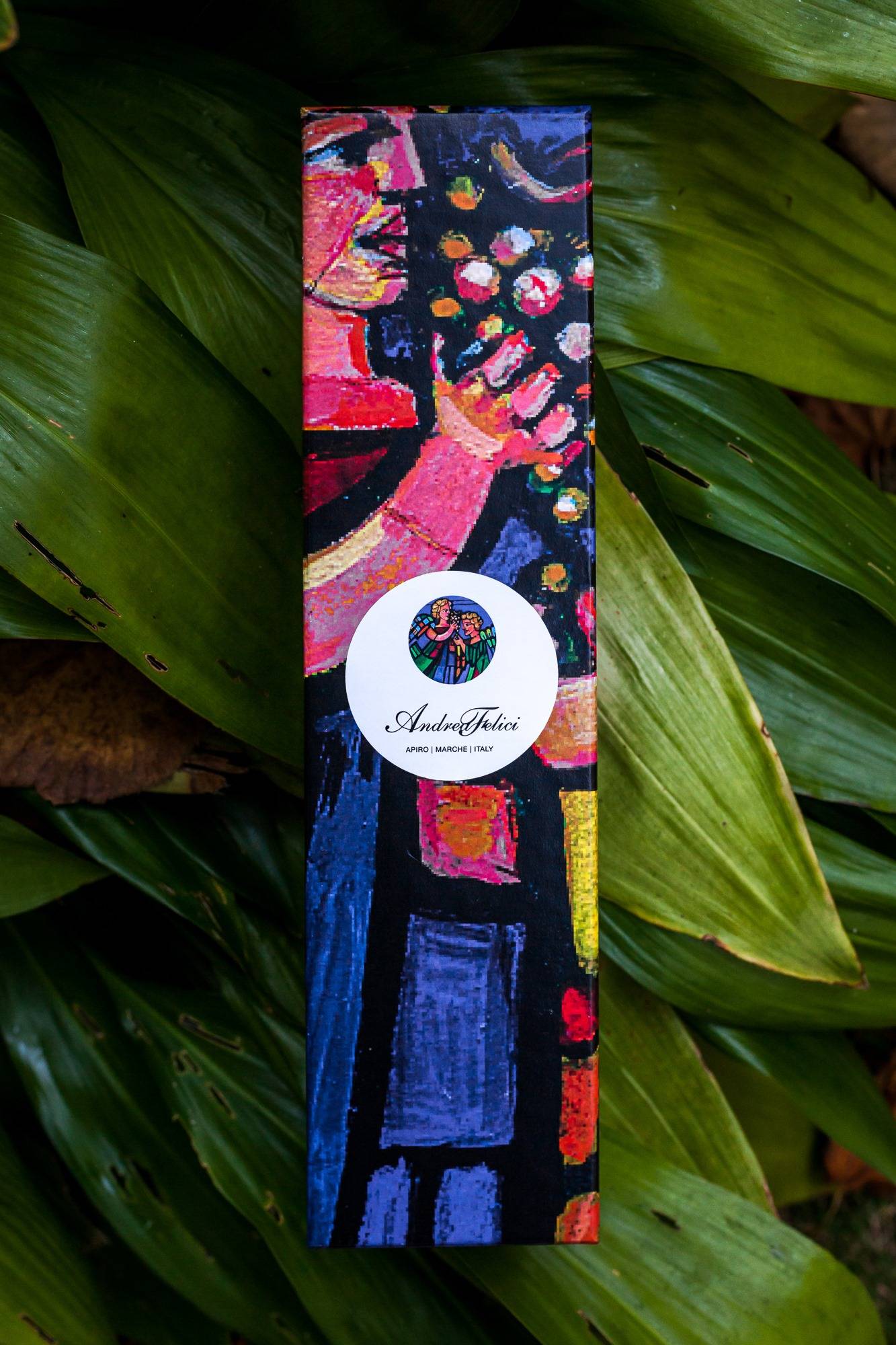 “Leopardo Felici has a great hand with the Verdicchio grape, producing two of the Marche’s best white wines. Clearly, the vineyard location in the cool-climate, hilly area between Apiro and Cupramontana is a big help, as the wines have high natural acidity, a strong mineral overlay and wonderful clarity. But strong viticultural and winemaking skills also play a role. Felici is one of the few producers of “vino biologico” in Italy talented enough to avoid making wines with off-putting aromas, and his decision not to use oak (only stainless steel and cement vats are used) also contributes to the precision of the wines. Andrea Felici is a name to watch in Italian wine circles.” —Ian d'Agata, Vinous 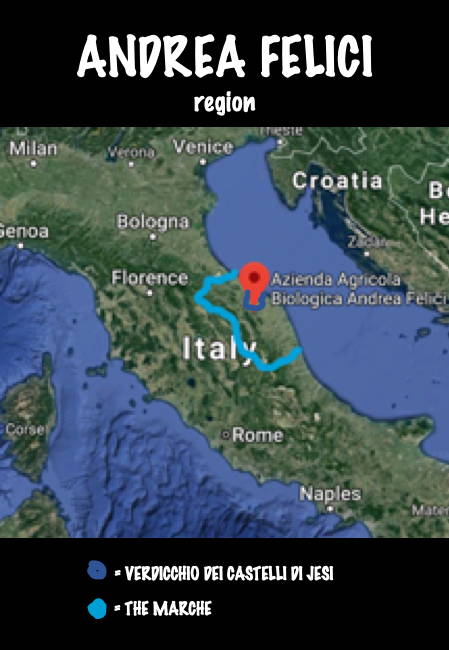 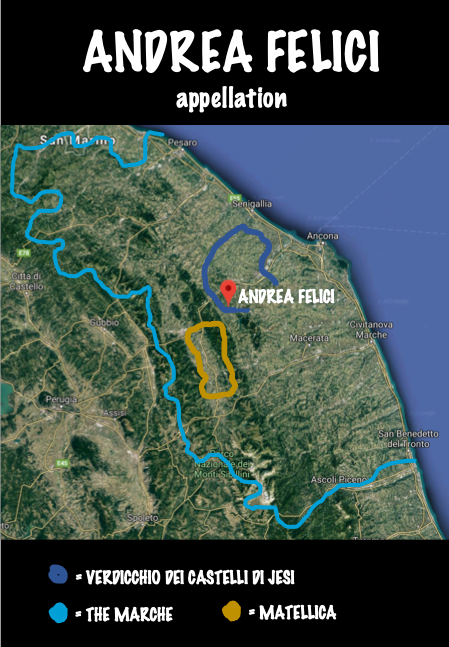 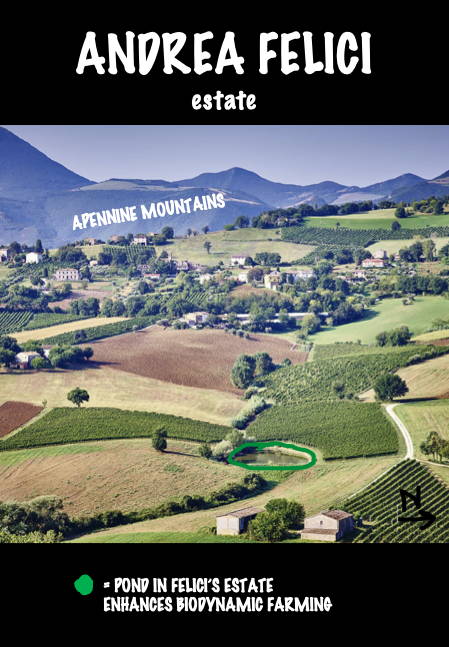 Take a transcendent varietal, a "goldilocks" estate location, and an uncompromising winemaker with a palate trained on the greatest wines of the world. That's how Andrea Felici has become one of the hottest producers of Italy.

Indeed, since his father Andrea put him in charge of the estate more than a decade ago, Leo’s focus has not been on marketing but rather converting it to organic farming to create the purest wine possible. Today Andrea Felici’s wines are considered the pinnacle expression of Verdicchio.

Le Marche is a region often overshadowed by its more glamourous neighbors across the Appenines. It is a beautiful region of rolling hills flowing down to the Adriatic Sea. The shelter from the mountains keeps it sunny while the proximity to the sea keeps temperatures moderate. Combined with the fresh fish from the nearby sea it is ideal white wine country. The dominant native grape, Verdicchio, lays claim as Italy’s top and most ageworthy native white variety. In fact there are two Verdicchio DOCGs in Le Marche.

Andrea Felici is located in Apiro, the highest of the villages surrounding the town of Jesi (Castelli di Jesi). The Esino river divides the region with the higher elevations being on rockier soils with the lower on heavier silt and sand. This elevation of Apiro allows for great day-night temperature shift and the wines express the clay/rocky soils on which they grow. Felici’s wines have the tension between fruit and minerality found in the world’s great white wines.

Before Leopardo Felici was allowed to take over production, his father Andrea sent him out to learn wine and service in restaurants. Leo quickly rose in great restaurants around the world including London’s Savoy Grill and Florence’s famed Enoteca Pinchiorri. There he learned about great wines and how his Verdicchio could fit. He has brought this insight to the property and this sensibility shows in his wines.

Once Leo became a vigneron, he began transitioning the estate to organic farming—not because it was trendy but because he wanted to create the purest wine possible. In fact, he eschewed putting “organic” on the label because he wants the quality to speak for itself. All grapes are hand-picked using small bins and wines are fermented in stainless and concrete. The wines see no new oak but are aged on the lees to add a creamy texture and are given extended bottle aging before release.